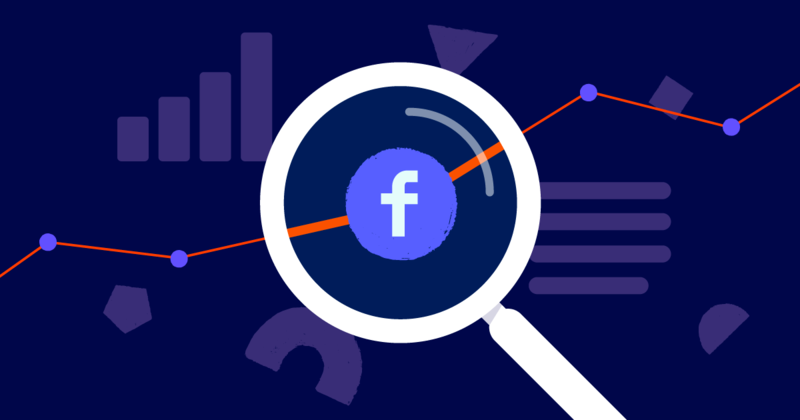 The Facebook algorithm determines which posts viewers will see each time they check their feed, as well as the order in which such posts will appear on the feed. Rather than showing many posts in time order, the Facebook algorithm works are examining each post to see if it is of interest to the user, scores it based on significant ranking signals, and organizes it in descending order of attractiveness. This procedure leads to the creation of a personalized feed for each user, suited to their specific interests.

Facebook’s algorithm is always being improved, but do you fully understand how it really began? A list of all the Facebook algorithm updates has been made that occurred in 2006. Let’s take a stroll down memory lane and see how things have evolved through time. It all began in the year 2006.

In 2006, Facebook introduced the idea of a news feed and status update. First, you had to manually search for people to view their updates and other information, but the news feed made it easier. Users began to see the status updates of their linked friends rather than only getting notifications and messages.

It was the year when Facebook introduced its news feed filters. Since Facebook chose to set the reverse-chronological news feed in 2009, the Facebook algorithm works were created. Therefore, posts with the highest engagement would appear first. The news feed algorithm brought a lot of changes to users on Facebook, including the ability to fine-tune their status updates and attach images and videos to posts. Users can create a list of friends who will be notified of the status updates and postings.

Facebook made a few adjustments to the News Feed algorithm in 2013. Facebook has chosen to display viewers just the highest-quality content. Furthermore, Facebook updated the News Feed for a more appealing visual appearance and, of course, improved levels of interaction. This chance made Facebook popular and useful.

In2014, there were significant developments. To begin, Facebook attended to user complaints and launched “Click baiting,” a feature that aimed to eliminate “click-bait” posts while also assisting users in viewing shared links in the best format possible. Next, it was also Instagram’s first algorithm. Instagram’s ‘Explore’ tab has been enhanced, and all popular posts are now visible to all Instagram users.

Thirdly, it was video updates. With the videos, Facebook chose to display view counts. Besides, Facebook confirmed that once users have completed viewing a video, they will be able to see another recommended video via the video counts. In December 2014, Facebook launched a keyword search feature. Previous posts and the names of friends were visible to users. Finally, Facebook has also added a new feature called ‘Find Apps.’

In 2015, Facebook confirmed that users can now use GIFs in their posts. Users can easily publish a GIF from websites like Giphy, Imgur, and others. Facebook will automatically animate the GIF in the News Feed after users paste the URL to their GIFs into their posts. The ‘Buy’ Button was another big improvement. For shopify shops, Facebook has announced the possibility of a “Buy” button.

The ‘See First’ feature on Facebook moved to the next update, allowing users to prioritize their news feed. All posts that users are not interested in or do not want to see can be filtered out. When users connect to Facebook, they can also choose which accounts they would like to see in their News Feed.

Facebook improved its news feed in 2016 by putting colours into text-based content. Users can pick a theme, add emojis and hashtags to their postings, and share their colourful creations. Do you enjoy sharing your greatest memories with your friends? In 2016, Facebook introduced a feature that allowed users to share moments at the top of their News Feed. It could be a holiday-themed card, a historical event, or a cultural reference.

Facebook reactions were first introduced in 2017. These, without a question, are the greatest source of communication. The words ‘laughing,’ ‘love,’ ‘care,’ ‘wow,’ ‘sad,’ and ‘angry’ can be used to react to other people’s posts. Facebook stories were the next major feature. Users can share their preferred photographs, videos, or textual information with their social circles using the narrative function. These Facebook stories are only available for 24 hours.

In 2018, Facebook shifted its focus to increasing engagements, prioritizing posts with greater quantities so that users can have more meaningful interactions. Facebook’s 3D images were another new feature. Users may see and share 3D images with their friends through their status updates.

In 2019, Facebook updated its algorithm once more. The delivery of high-quality, unique video content was a huge change. Facebook also shifted its attention to News Feed highlights and content from close friends, such as user interactions, check-ins, and tagging. In the same update, you will see links to stuff that you have shown you are most preferred based on your previous engagement.

For the most part, most individuals have no understanding of how does the Facebook algorithm work. That is because Facebook’s algorithm has mostly concentrated on prioritizing what people see in their News Feed up until now. As a result, the user was presented with a filtered perspective of what was relevant and entertaining to them. However, this will alter in the future years.

With new technological advancements, the Facebook algorithm will adjust to place a greater emphasis on factors such as when users log on and how long they spend surfing the News Feed. The idea is to make content more personalized so that consumers feel more in control and less confused. Users and brands can both benefit from this adjustment.

Let’s discover the fourth-ranking factor that is mentioned for the Facebook algorithm works. If you know it, you will be able to figure out what actions will draw the algorithm’s attention, help your content rate higher, and lead to increased productivity for your posts.

According to Facebook, Feed “offers you important and informative news.” As of 2022, the Facebook algorithm uses three primary ranking signals to determine what such stories might be:

To decide which each post shows in your feed, it is ranked based on the following primary signals. Facebook also provides users with tools to help them train the algorithm and personalize their news feed:

Finally, content that violates Facebook’s community standards will be removed. They may also “delete or restrict audiences for specific types of sensitive content,” including nudity, violence, or graphic content. Above is some news about how the Facebook algorithm works in 2022.

Understand the needs of the audience

Understanding what will be interesting and informative to your targeted customers necessitates a thorough understanding of their particular interests and activities. Facebook claims it prioritizes “meaningful and informative” content in particular. So, what accurately does that imply?

According to Facebook, “users value accurate, authentic content.” They also state that posts that people “think genuine” would be prioritized in Feed. In the meanwhile, they are working to lower the ranking of content that people consider “misleading, sensational, and spammy.” Here are a few suggestions for convincing the algorithm that your information is accurate and genuine:

Understand the algorithm, not the control

But wait, is not this article supposed to be about how to control the algorithm? No, the goal of this article is to help you understand how does the Facebook algorithm work? So you can figure out what Facebook thinks is valuable to its users. You must put in the effort to determine how those broad concepts relate to your particular audience. Then develop content that will connect with them, sending favourable ranking signals to the algorithm in the process.

It is a big no-no to try to control the algorithm to acquire more dissemination than your content deserves based on those ranking indications. Paying for interaction or comments, as well as engaging in other black-hat techniques to manipulate reach are examples of this. According to Facebook, this is spam. It is not a good idea.

The approach emphasises postings from pages with which a user has already interacted. This means that improving your response time is crucial. Do not miss the chance if someone takes the time to leave a comment on your post. Responding to their comments increases the chances that they will continue to engage in your posts in the future. This, of course, feeds the algorithm with even more juicy interaction signals. Ignore them, and they will probably ignore you back.

Create engage between the audience

Notice how we said that the algorithm prioritizes content that people enjoy and talk about with their friends? Getting people to share your content and discuss it with their friends is a simple method to send that signal. According to Facebook, if a post sparks a lot of discussion among a user’s friends, the algorithm uses “action-bumping logic” to display the user that posts again.

Reels and Stories exist in their own world from the main News Feed algorithm. They appear in tabs at the top of the Feed, above all other information, allowing you to avoid the Facebook algorithm. They are made to encourage people to try new activities. Feed, on the other hand, focuses on information from individuals and brands with whom you are already engaged.

Reels are a vital aspect of your approach if you are seeking new eyes. “We are concentrated on making Reels the best method for creators to get explored,” Facebook says. If brands create high-quality content, Reels can help them develop new relationships. Reels can be shared with Stories and viewed on the Watch tab, in addition to the tab at the top of Feed. Facebook is beginning to add suggested Reels from users who do not already follow the user’s Feed.

Did not we just state that the most crucial thing is video content? Well, not always. It is easy to look for intricate Facebook algorithm tricks when trying to increase interaction. However, do not overlook the simple status post. (A post without a photo, video, or hyperlink). Remember that because it is one of the most important strategies for you to gain knowledge of how the Facebook algorithm works in 2022.

Reach more with your best advocates

With the Facebook algorithm, your employees have more trust and authority than your brand page. This is due to the fact that they have more trust and authority among their own followers and friends. Affiliates are another wonderful group of supporters who can help you extend your brand’s reach and credibility. Provide them with resources and training to assist them in spreading the word on Facebook and expanding your target audience via their own algorithm signals.

– How to make Money on Facebook Pages? – 10 Simple Ways

In short, through this article with tips, it is hoped that you can know how Facebook algorithm works. Because marketers are terrified of the Facebook algorithm, many regards it as the most formidable foe to their social media strategy. Let’s Mid-Man help you deal with them with a lot of useful information about social media. 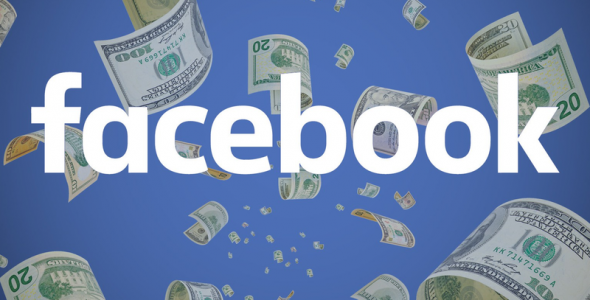 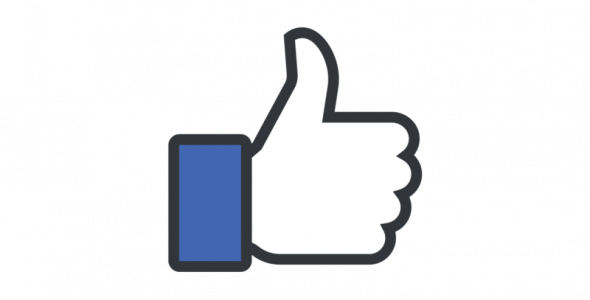 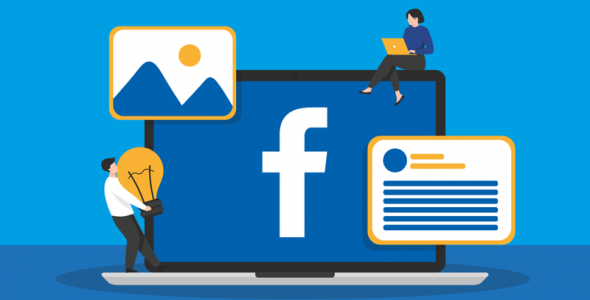